This update took me much more time than I expected for various reasons (mostly because I'm lazy). But good news - it's done, and I'm feeling productive again! So what's inside?

It works almost like in any other game. Each day a new random level is generated for everyone. In Farlanders case it might be a small map with lots of water and no mountains, or default sized map but with different generator type. Your goal is to reach the maximum score (population) within a limited type. After that, you can share a screenshot of your colony and results with a hashtag #MyColonyOnMars. Or if you don't feel very social (like me) you can share your colony in a special channel on our Discord server. Also, please check out a Tiny Islands from which I took inspiration for the 'screenshot share' type of Daily Challenge. 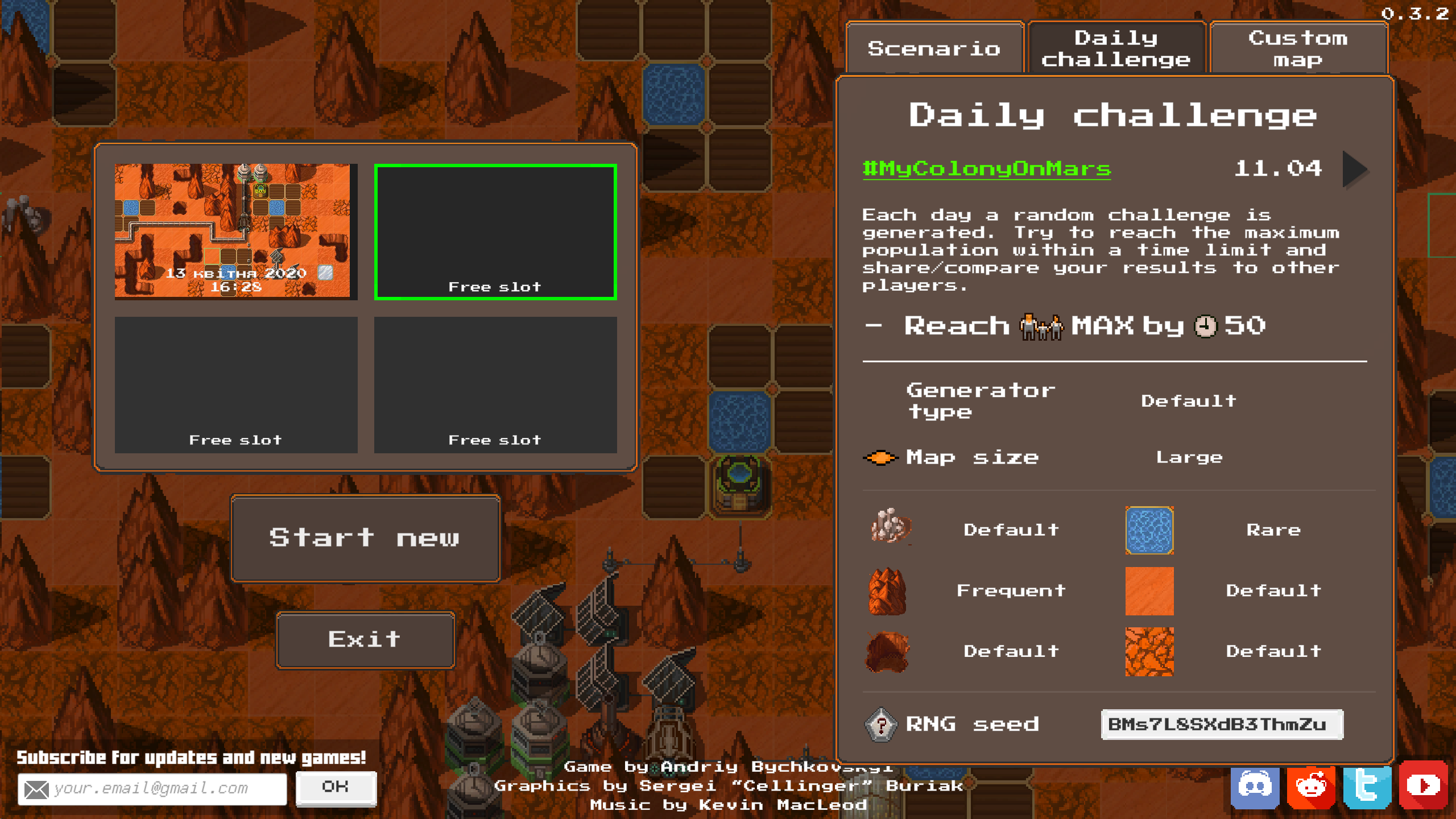 Together with a Daily Challenge, I had to implement seed system. So now you can specify a specific set of characters when starting a new game which will generate an exact map and sequence of terraformation kits. This way you can have multiple tries on the same map, or share an RNG seed with other people and make some kind of competition for the best score.

No more annoying 'New turn has started' popups, instead, you will have an annoying resource income animation :). I hope this change was for the best, and in the future I'm planning to work on it more, to make next turn progression exciting.

I want the game to be released on Steam as soon as possible. If you bought it on itch, you will have a free Steam key. Before Steam release, I'm planning at least 2 big content updates. So for the nearest future, I plan to prepare a Steam page, game trailer, and then work on a major update.  In the next update I already planned such features: 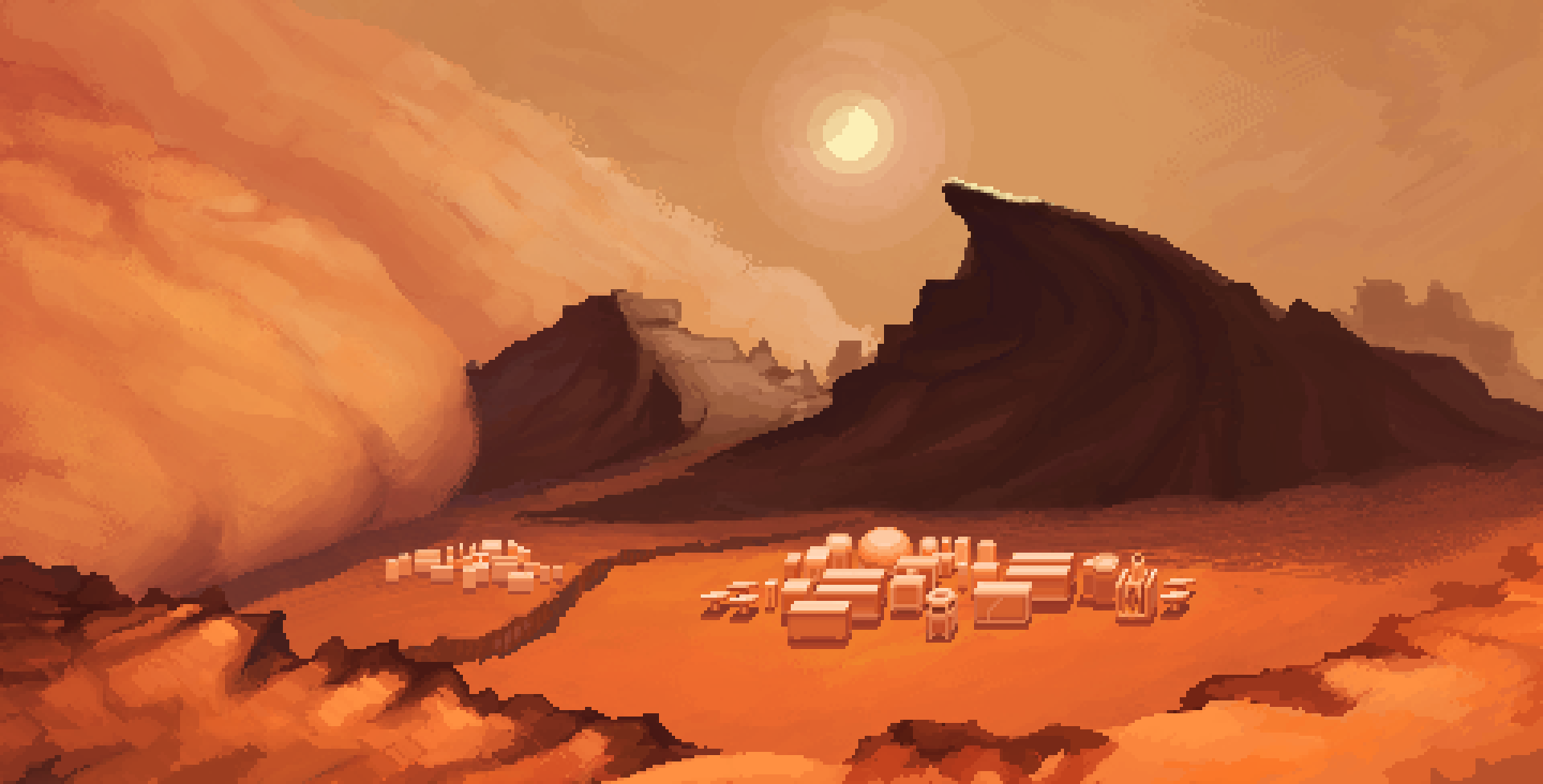 Wow. Random events seem to be a perfect idea for this game. IMHO